Home Vesconite Not A Pimple Or Dimple In Sight

Pimples are a teenager’s nightmare. It’s the same for 3D printing enthusiasts.

Dimpling, pimpling, ghosting, prints that don’t align and noise are some of the problems they encounter. A machine that is changing our world shouldn’t have these problems. Mechanical engineer Juan van Wyk of Vesconite Bearings sat down with “SA Mechanical Engineer” to show us why Vesconite’s 3D printer bushings eliminate many of these problems.

3D printing has been around for a while. The idea dates back over a century, but the first 3D printer is most often accredited to Chuck Hull in the 1980s, costing $100 000, over $300 000 in 2019 prices. Thankfully, most of the zeroes have dropped off the price of the more modern versions.

It has already made a big difference to many manufacturers in the design and development of prototypes. 3D print your idea to see if it works and you can change, modify and adapt until it is near perfect before doing a physical assembly production run. 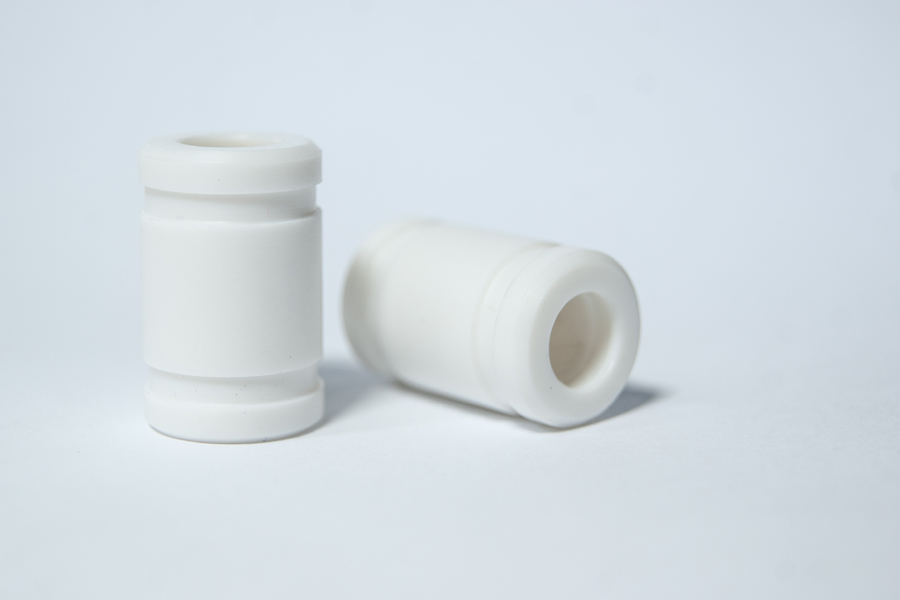 You can, theoretically, print anything from a car to an office block to a power station. Theory doesn’t always translate into practice, at least not without a few challenges. Here’s the 3D printing challenge – noise and accuracy.

Noise may seem like an irritant but, with some print jobs taking months, it’s a real problem. “I printed a box that took two weeks. The noise will drive you crazy after the first few hours,” says Juan.

He explains that the cause of the racket is the contact between the ball bearings and linear rod when the moving printer head or the bed undergoes rapid linear movement. While an option may be to slow the print down, this is far from ideal.

“We eliminated the need for greasing with our bearings, which extends the life of the printer and removes maintenance headaches,” says Juan.

He explains that traditional bronze bushings and steel linear ball bearings need to be lubricated. “Lubricants act as a dirt trap, so any debris will accumulate and become abrasive to the shaft. This eventually causes an inaccurate print due to wear.”

Vesconite bushings are precision machined so they are less prone to contact stress. Contact stress can cause misalignment, and accelerated wear, affecting the overall appearance, safety and functioning of the printed item. 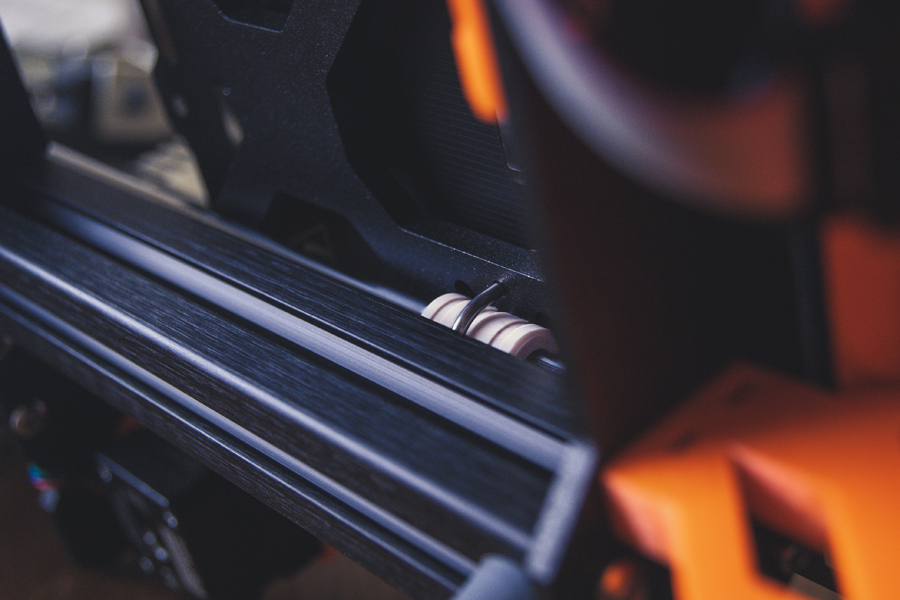 In the thousands of hours

“We’ve got some customers testing the lifespan and they’re still going, so we haven’t seen how far they can go,” Juan tells us. “I believe they will outlast the life of the printer.”

Ghosting happens when there is too wide a gap between the static and dynamic co-efficients of friction, which causes stiction. This, in turn, causes vibrations when the printer prints, and it looks like your print is fading into itself. Ghosting is also known as echoing or rippling. You avoid ghosting by eliminating friction, as much as possible, to have a smooth print.

Dimpling and pimpling is caused by a clearance between the bushing and the rod. Too much play, or slop, and you literally have a print job that looks like a bunch of pimples.

“Think of this like building a house using bricks,” explains Juan. “You need to layer the bricks on top of one another directly, not slightly over or underlapping. When your printer layer shifts, your layers end up uneven with the next layer slightly offset, and the next.”

Juan says there are other competitors manufacturing 3D printer bushings but some of these have big running clearances and a lot of slop. This doesn’t provide proper support for the printer head and, with 3D printing, the slightest deviation can cause errors.

“3D printing is for the hobbyist or the corporate manufacturer, with printers ranging in price for the different markets,” says Juan. And this trend is global especially using social media.

One such customer is Kent Thoresen, based in Norway, who has around 8 000 hours of 3D printing using Vesconite bushings on a self-designed test printer, in a climate with temperatures ranging from -25 to +25 degrees Celsius.

“All the other parts are breaking down, but the bushings are basically untouched, as if they were new.”

According to Kent, his previous roller bearings needed to be replaced at around 500 – 600 hours. “I have tested a lot of bearings and Vesconite’s are a lot better.

“I have very big printers and can clearly see that using the right bearings means that prints come out perfectly with no shift on layers.”

Using social media to promote their bushings is somewhat unusual in the engineering space. But given users enthusiasm for 3D printing and desire to improve, it has opened new markets and introduced new customers to Vesconite bushings. Plus, you can discuss problems online and get feedback to refine your product, as Juan has found.

Such enthusiastic customers demand quick service and, although orders have been via email, Juan advises an online order system has been developed with a full online store in the pipeline. Orders are delivered in a few days.

“We had a satisfied client in Germany who ordered on the Friday and received his bushings the following Tuesday.”

The bushings are available in Vesconite’s Hilube, the white-colour bushing material, and Vesconite Superlube, a pink lower-friction advanced-grade material. Juan concludes by saying that end users can decide if they want the standard grade, which is excellent, or the advanced Vesconite Superlube that offers even less friction. Both are perfectly suited for 3D printing and are self-lubricating.